How Does Military Deployment Affect Child Custody in Illinois? 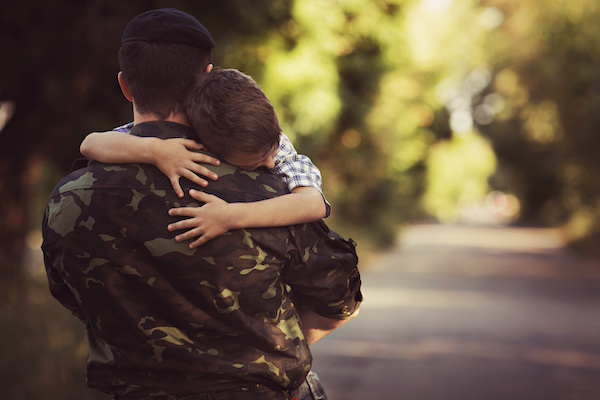 An attorney can help you navigate this complex process.

There are many unique issues that can come up when members of the military go through a divorce. One concerns legal disputes about child custody. For example, what happens when the spouse who is an active member of the military gets deployed?

In general, the custodial rights of parents serving in the military and being deployed are protected by divorce laws in Illinois. That means the courts consider the difficulties members of the military face while being deployed and understand that a child needs to have a meaningful relationship with that parent.

If one parent is being deployed, the court may grant primary custody to the other parent and allow the deployed parent to maintain contact through electronic communication. When the parent comes home from deployment, that custody order may be modified.

Service members have some legal protections

There are also laws that help protect the rights of members of the military in these situations.

One is the Servicemembers' Civil Relief Act (SCRA), passed to delay legal action in civil matters for military personnel on active duty. A court may grant an automatic stay of divorce proceedings for up to 90 days and even longer if a judge decides doing so is in the child's best interests.

The Illinois Marriage and Dissolution of Marriage Act, updated in 2012, also addresses this situation for military parents. For example:

Talk to a divorce attorney who has worked with military families

In any child custody dispute, there are common issues that frequently arise. This includes working out a parenting time schedule, coordinating schedules with each spouse, creating a parenting plan, amending that plan when circumstances change, and considering the child's needs when one parent moves out of state.

Those issues become even more complicated when one parent is deployed.

That's why it's important to consult an experienced divorce attorney who is familiar with state divorce laws and understands how they affect parents who serve in the military.

At Courtney Clark Law, P.C. in Belleville, our attorneys have many years of experience representing members of the military who are going through divorce. As a result, we understand the unique challenges posed by deployment and can work with you to find a solution that works for you and your child.

If you are being deployed and are working through custody issues, learn more about how we can help. Contact us today to schedule a free case evaluation.