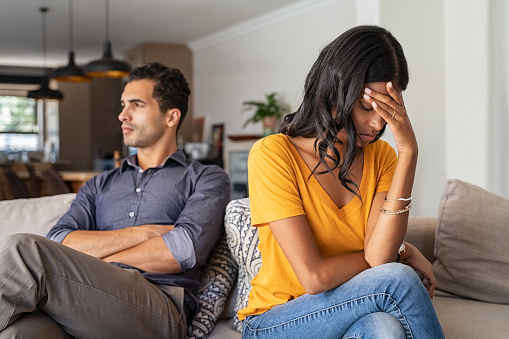 An Illinois divorce attorney shares the info you should know

A new study suggests that though being unhappily married might lead to divorce, staying in an unhappy marriage can increase your chances of having a stroke, according to U.S. News & World Report.

The Israeli study focused on the marital satisfaction of men. However, the results align with earlier studies that have shown an unhappy marriage can take a toll on the lifespan of both husbands and wives.

The risk of having a stroke caused by marital dissatisfaction was as great as tobacco use, poor diet, or lack of exercise, according to Shahar Lev-Ari.

Lev-Ari is the chair of health promotion at Tel Aviv University School of Public Health and the lead researcher of the study.

For the study, Israeli researchers recruited nearly 9,000 men, who underwent an extensive appraisal of their health and behavioral patterns. Researchers then tracked the health of these men over three decades.

Israeli men who said they were unhappily married were:

The research showed that in comparison:

"Assessing marital satisfaction and appraising the health benefits of marital education programs for young couples should be implemented as part of health promotion strategies for the general population," Lev-Ari said.

Unhappily married men might be more likely to have health problems that can raise the risk of a stroke, like depression, anxiety, and stress. These men may also be more likely to cope with their feelings through unhealthy habits, such as drinking, smoking, eating unhealthy foods, and taking drugs.

"When we feel good about our interpersonal relationships, we feel happy and engage in healthy behaviors," said Brittany LeMonda. She’s a senior neuropsychologist at Lenox Hill Hospital in New York City.

"When we don't feel good about those around us, we are more likely to engage in less-than-ideal behaviors, have more anxiety, and disrupted sleep," she said.

Happiness is a warm relationship with your spouse

Another recent study found in Psychological Science shows that having a happy spouse is associated with a lower risk of early death.

"These techniques may be usefully implemented as part of health promotion strategies designed for the general population," he said.

"It's possible that those in unhealthy marriages are less likely to have children or may have more stressful situations related to their children," LeMonda said. “This study sheds light on the importance of healthy relationships and our need of strong social support and feeling connected to those we love.”

Are you in an unhappy marriage and considering getting a divorce? You need an experienced divorce lawyer because you have even more than your happiness and health on the line. What happens to your children? Your house and other assets?

Our attorneys at Courtney Clark Law, P.C. in Belleville, Illinois want to work with you. We know what's at stake because we've been doing this work for years, for clients just like you. Contact us to schedule an appointment at our law firm.