Home » Blog » What happens to pets in a divorce?

What happens to pets in a divorce? 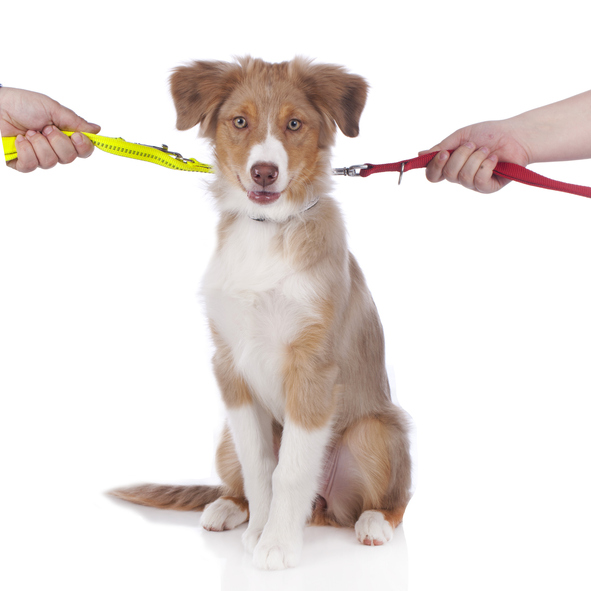 Couples getting divorced are often surprised to learn that their beloved pets will not be treated like family members in the split.

In most states, pets involved in a divorce have the same status as a table or chair. They're assigned a monetary value that has nothing to do with the emotional bond between animal and owner.

Unless a couple gets randomly assigned a judge who understands what it is like to care for a dog, cat, bird, ferret, snake, or another type of animal, the topic of pet custody may not come up in earnest. But the tide is turning.

In 2019, 85 million U.S. households had at least one pet. Of those pet owners, about 83% referred to themselves as pet "moms" and "dads." With almost 40% of marriages ending in divorce, the courts have had to adjust to changing pet attitudes.

Now, New York may join four other states in passing legislation that addresses pet custody in a divorce. Illinois was the second state in the nation to see the value of a loving pet. The state wrote the importance of this relationship into law. The other three states with similar laws are Alaska, New Hampshire, and California. Illinois' pet custody law instructs judges to consider a pet's "well-being" when making a determination.

Animals, in particular pets, have a somewhat contradictory legal status in most states.

The Supreme Court ruled that "citizen-owned dogs" were personal property back in 1897. In all 50 states, pets are property. Most states also have laws that punish animal abuse or the unprovoked killing of a companion animal, however.

Illinois changed its custody and divorce laws regarding pets in 2018. The amendment requires judges to consider the well-being of a "companion animal," AKA pet, when dissolving a marriage. The change to the Illinois Marriage and Dissolution of Marriage Act allows for the creation of pet joint custody agreements.

While there are only four states with laws that direct a judge to consider a pet's well-being during divorce proceedings, almost all judges already have the discretion to weigh the emotional value of a pet in their rulings.

Groups like the Animal Legal Defense Fund are pushing for laws in all states that treat animals like a new kind of dependant. Usually, the term dependant is reserved for children, disabled people, or the elderly. The ALDF argues that the care pets require qualifies them as dependants while also recognizing that animals are not equal to human dependants.

Meanwhile, in a recent survey, more than 25% of divorce lawyers say the number of animal custody battles has gone up significantly since 2010, according to work by Marion C. Willetts, an Illinois State University sociology professor and one of the few people studying pets and divorce.

Among the factors a judge considers in pet custody disputes are:

In situations where children are involved, the pet most often goes to the spouse with primary custody of the kids.

Our law firm is focused on you

People are willing to go to great lengths and take on tremendous risks to be with and protect their pets. In the aftermath of Hurricane Katrina, researchers learned that 44% of the people who refused to evacuate cited their pets as a reason to stay. This prompted the passage of a federal law in 2006. The law requires state and local officials to include pets and service animals in disaster planning.

If your are a pet owner considering or going through a divorce, it is important that you have a lawyer who understands and values the relationship you have with your animal(s).

At Courtney Clark Law, P.C., we take the time to understand what is important to you in your divorce.

Our legal team knows no two divorces are alike. That's why we offer free case consultations. We will listen to the details of your case and help you understand your options. Call or email us today to see how we can help you.