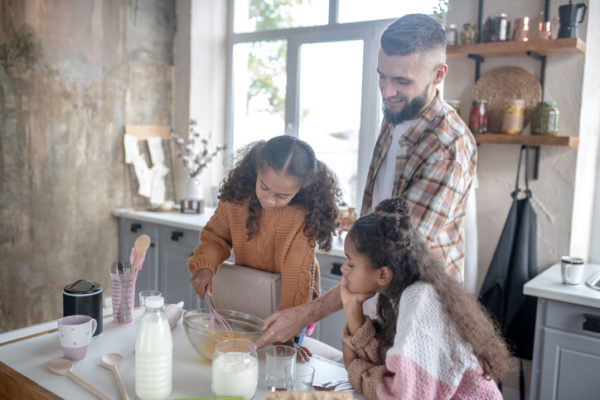 Did you know that November is National Adoption Month?

The Children's Bureau, a federal agency organized under the United States Department of Health and Human Services' Administration for Children and Families, wants to use this specially-designated month to spotlight the issues related to adoption, raise awareness about the importance of adopting teens that are in the national foster care system, and highlight the importance of getting young people involved in creating positive change.

Teens in foster care have a long wait for permanent families, so they have a greater chance of “aging out” of the foster care system. That means without permanent family connections when they turn 18, they’re no longer in the system that is designed to provide services to younger children.

Teens without a family often also lack the skills needed to make it on their own successfully. Teens in foster care are at a higher risk of homelessness and human trafficking. For teens, building bonds that last a lifetime, both legally and from an emotional standpoint, is such an important factor in their future success and gives them a much-needed sense of belonging.

The Adoption and Foster Care Analysis and Reporting System tracks information about adoption from foster care.

In America in 2019, there were more than 122,000 teens waiting for adoption who were in danger of aging out. Around 20 percent of children in the U.S. foster care system are teens waiting to be adopted.

Teens ages 15-18 wait much longer for permanent families compared to younger children, and teens 15-18 years old made up only 5 percent of all children adopted in 2019.

In addition to adoption from foster care, other methods of adoption are available, such as closed adoption, open adoption, international adoption, and kinship adoption.

If you're interested in pursuing adoption, an experienced attorney can explain all aspects of each so you can decide which is right for you. Some examples of common legal issues that can come up prior to, during, or even after an adoption has been finalized are:

An adoption lawyer will be able to help you navigate the entire process.

Why you need an adoption attorney

Adopting a child can be an exciting and rewarding experience for families, but the adoption process can also be confusing and complex. So, it's important to have an experienced adoption attorney who can help you navigate through it.

Courtney Clark Law, P.C. in Belleville, Illinois can help. We have years of experience handling adoptions throughout southern Illinois. Contact us and schedule your free case evaluation.